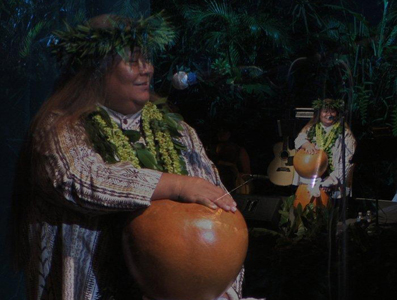 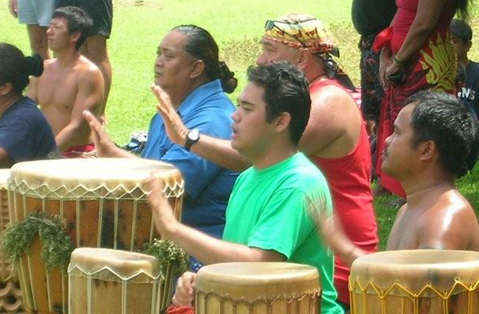 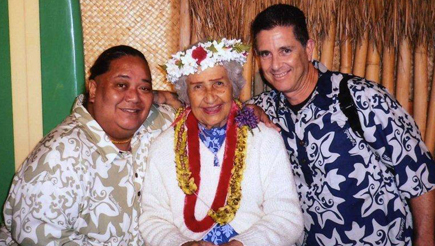 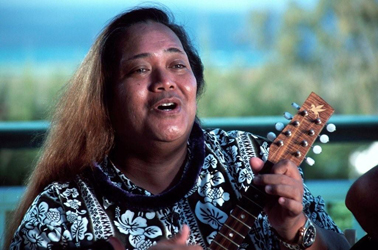 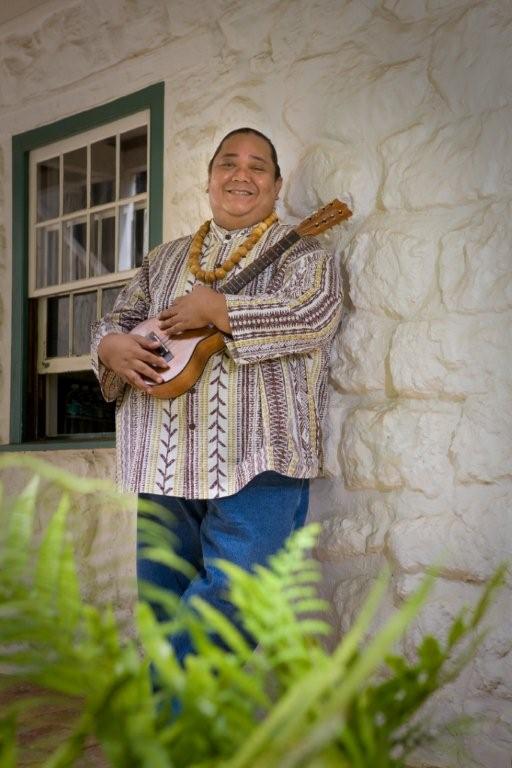 “Ulu,” as he is known to those closest to him, was born in Wailuku, Maui, and studied hula with Kumu Hula Peter Pekelo Day from Ke‘anae. When Kumu Pekelo moved to Hilo in 1982, Ulu and Keali‘i Reichel formed and became Na Kumu of Hālau Hula O Ka Makani Wili Makaha O Kaua‘ula, which eventually became one of Maui’s most decorated, award-winning Hula Hālau (traditional hula school.) It was during the early 80’s that Ulu honed his musical skills through hālau performances, paying close attention to falsetto blending and unique, one-of-a-kind arrangements, which won him top honors at several falsetto competitions throughout the State.

Uluwehi has an innate ability to create visual beauty out of Hawaiian lyrics through hula. Sophistication and elegance are the trademarks of an unprecedented style that is “Uniquely Uluwehi.” His innovative choreography for the modern Hula ‘Auana has brought the art form to a new level, including international recognition for the earlier staged hula productions of the Kukahi concert series. Active with his own dedicated Hula students of all ages, he named his Hālau, Hālau Hula “Kauluokalā,” which means “Rising of the Sun.” Ulu has judged many hula competitions in Hawai‘i, the mainland, and Guam, and often leads well-attended hula workshops throughout Hawai‘i, the Pacific basin, and Japan. In addition, he has helped numerous local organizations in their fund-raising efforts through concert performances, contributing his talents to their worthy community projects. Uluwehi’s Hawaiian Choir is much sought after and highly acclaimed. Never one to rest on his laurels, he has lent his time and incredible musical and vocal arrangements to other recording artists, such as Keali‘i Reichel and Lei‘ohu Ryder of Maui.

2001 was a big and very special year for Uluwehi. At the prestigious Na Hoku Hanohano Awards, he was nominated in four categories, and was named Winner – Best Male Vocalist of the Year, a title truly earned. Maui’s Mayor Kimo Apana honored him with a special ceremony and proclamation at his office, as did the County Council later in the year, declaring Uluwehi Guerrero a local Hero in their resolution. Ulu performed for two different Hālau at the Merrie Monarch Festival, live in Hilo. His first large-scale production solo Maui show, “Uluwehi- In My Heart-The Concert,” was a sold-out, standing-room-only gala event; an exquisite performance which critics and the crowd raved about for months. In Fukushima, Japan, Mr. Guerrero performed for their government with a lively cultural display of song and dance, and was granted special membership in the Iwaki-Hawai‘i Exchange Association, furthering the sister-city relationship. He was also the Special Guest Soloist for the holiday concert with the Maui Symphony.

The 2002, 2004, 2005, 2008 and 2010 Maui Concerts, were also all sell-outs, with many new songs being debuted for the very first time to an enthralled and appreciative audience. Uluwehi performed with the Honolulu Symphony as a special guest for their Pops Concert Series under the direction of Maestro Matt Catingub, along with Keola Beamer. For 2 nights in November, Uluwehi enchanted the full-house crowds, receiving standing ovations and excellent press commentary.

Ulu’s much anticipated second solo CD, In My Heart, (recorded and produced with the Mountain Apple Company, 2000) brought his many talents to the forefront. He once again showcased a diverse array of beautiful musical selections, seamlessly blended traditional and contemporary Hawaiian music, bold yet sensitive originals, and favorite cover tunes. In My Heart continues to be a sure delight to young and old alike, aficionados of Hawaiian music and those new to the genre.

Uluwehi is proud to have released his newest third CD, June 2009, entitled Uluwehi Sings Na Mele Hula Aloha – Beloved Hula Songs. The nearly one hour recording includes many traditional songs, some rarely recorded, all in Hawaiian, with Uluwehi’s own rich, warm vocal harmonies. Old-time favorites and original arrangements will leave you feeling happy and ready to get up and Hula, while generating a spirit of hope, peace, and love.